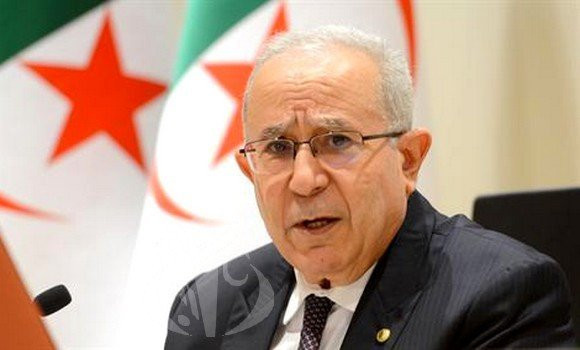 ALGIERS – Wednesday, 20 April 2022 (APS) – Minister of Foreign Affairs and National Community Abroad Ramtane Lamamre held Tuesday phone conversations with a number of his Arab counterparts, calling on this occasion for “a prompt and appropriate response of the international community in the face of the escalation of the (Zionist) repression and the increasing number of Palestinian victims.”

“As part of Algeria’s efforts to ensure an international protection for the civilian Palestinian population in Al-Quds and to end the repression of the occupation forces, Lamamra held consultations with several of his counterparts of Arab countries, including Palestinian Riyad Al-Malki, Jordanian Ayman Safadi, Tunisian Othman Jerandi, as well as the Secretary General of the Arab League Ahmed Abul-Gheit,” the Ministry of Foreign Affairs and National Community Abroad said in a statement.

Through these phone conversations, “the Algerian Foreign minister stressed the urgency of a prompt and appropriate response of the international community in the face of escalation of the repression and the increasing number of Palestinian victims,” added the source.

These consultations, which are part of the objective of the letter sent Monday from President of the Republic Abdelmadjid Tebboune to the UN Secretary General Antonio Guterres, focused also on “the examination of ways to stimulate the mechanisms of the Joint Arab Action to enable it to fulfill its solidarity duty towards the Palestinian people and contribute to the creation of momentum at the international level favoring the relaunch of a process that guarantees a just and final settlement of the Palestinian issue in accordance with the international legality,” concluded the source.