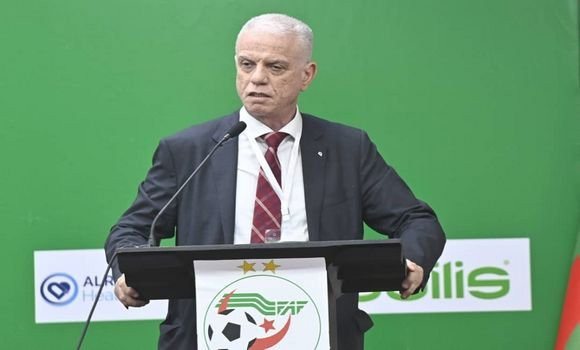 ALGIERS – Thursday, 07 July 2022 (APS) – The general manager of the Algerian soccer team Zefizef Djahid was elected the new President of the Algerian Football Federation (FAF) at an elective general assembly (EGA), held Thursday at the Conference Center of the July 5 Stadium (Algiers).

Zefizef received 52 votes against 34 for the other candidate, the former international footballer Abdelhakim Serrar. Five ballots are considered invalid.

A total of 98 members partook in the work of the FAF EGA.

Zefizef succeeds Charaf-Eddine Amara, who announced his resignation on Thursday, March 31, two days after the elimination of the national team in the playoff for the 2022 World Cup in Qatar (November 21-December 18).