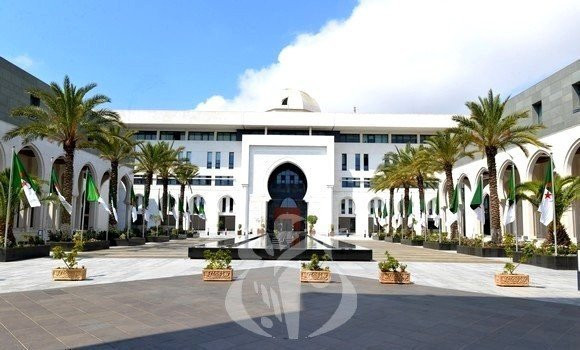 ALGIERS – Saturday, 29 October 2022 (APS) – The Ministry of Foreign Affairs and National Community Abroad released Saturday a statement following the vote by the Security Council of a new resolution on the United Nations Mission for the Referendum of Self-Determination in Western Sahara (MINURSO).

“The consideration by the Security Council of the report of the UN Secretary-General, which includes the opinions of his Personal Envoy for Western Sahara, offered a valuable opportunity for the Council to advocate the effective decolonization of the territory through the exercise by its people of their inalienable right to self-determination,” said the Ministry of Foreign Affairs.

According to the same source, “Resolution 2654 adopted on 27 October 2022 is the result, like its predecessors since the occupying power did not fulfill its commitments to the settlement plan carried by resolution No. 690 (1991), in a laborious drafting exercise devoid of the will to guide and stimulate efforts to preserve the nature of the issue of Western Sahara and to apply scrupulously the doctrine and best practices of the United Nations in decolonization.

“It is an opportunity to welcome the position adopted by Russia and Kenya that the Security Council would have benefited to follow to do useful work,” said the source.

“The Personal Envoy, Staffan de Mistura, whose approach Algeria understands and encourages, deserves that the Security Council encourages him with a proactive mandate and strong support to ensure the same level of cooperation from both parties, the Kingdom of Morocco and the Polisario Front, especially the occupying power, whose preconditions aim to make conceivable a parody of a solution resulting in a territorial annexation by force and fait accompli,” said the ministry.

“Algeria, which has a high sense of responsibility, both towards the people of Western Sahara and the region as a whole as regards the effectiveness of the United Nations, notes with regret a serious risk of distortion and erosion of the process that would be detrimental to peace, stability and regional security,” said the source.

“In these times of great uncertainty on the world scene, the commitment to the purposes and principles of the UN Charter in Western Sahara is a test of the credibility of the professions of faith in the indivisibility of the values that should govern a peaceful, friendly and just international community,” said the statement.