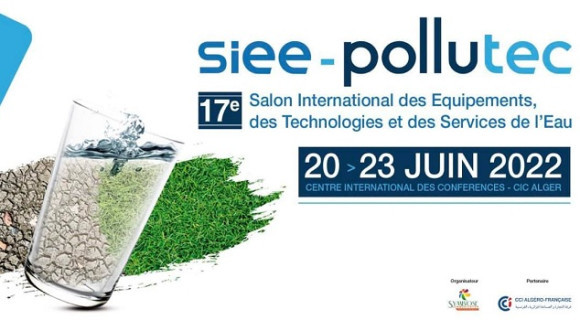 ALGIERS – Monday, 20 June 2022 (APS) – The 17th edition of the International Exhibition of Water Equipment, Technologies and Services “SIEE Pollutec 2022” opened Monday in Algiers, with the participation of 13 countries to discuss topics related to seawater desalination and wastewater treatment and reuse.

This event will run from June 20th to 23rd at Abdelatif Rahal International Conference Center, under the slogan “Glorious History and New Era,” celebrating the 60th anniversary of national independence.

In this regard, a program with meetings on the key themes of water market with many subjects to be discussed, including the seawater desalination, wastewater and treatment reuse or even quality of products.

Many Algerian companies are participating in the event (60%), mainly market leaders, and a number of international companies, especially from Europe.