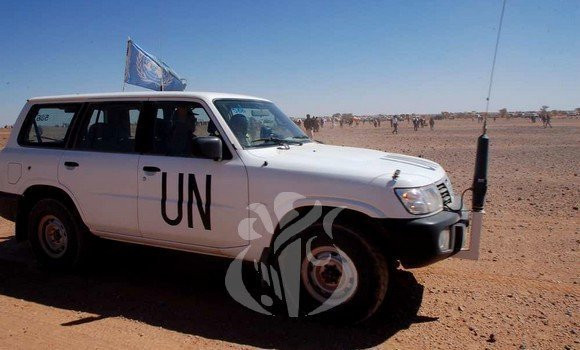 NEW YORK (United Nations) – Wednesday, 27 April 2022 (APS) – The United Nations (UN) on Tuesday denied false information peddled by Moroccan media about remarks attributed to the Special Representative for Western Sahara and Head of MINURSO, Alexander Ivanko, about an alleged “airstrike had hit a Polisario Front convoy of vehicles that was transporting armaments.”

The UN received clarification from its peacekeeping mission in Western Sahara (MINURSO) about “a number of reports in Moroccan media outlets suggesting that Special Representative Alexander Ivanko stated that an airstrike had hit a Polisario Front convoy of vehicles that was transporting armaments,” said the Farhan Haq, Deputy Spokesperson For Secretary-General António Guterres at a press briefing, stressing that “the Special Representative did not say this.”

“MINURSO was able to visit the site of the alleged attack on 13 April and found three vehicles – two trucks and one light vehicle – that appeared to have been hit by air-delivered munitions. MINURSO could not independently confirm if there were casualties in the incident. This information was duly reported to the Security Council on 20 April,” he continued.

The comments made by the Deputy Spokesman of the UN SG are a new blow to the Moroccan media.

On Thursday, UN Spokesman Stephane Dujarric had denied the content of an article alleging that the UN Secretary General’s Personal Envoy for Western Sahara, Staffan de Mistura, would have “applauded” in private the recent change in Spain’s position on the Sahrawi issue.

“I will reiterate again what I’ve said before.  Statements about Mr. de Mistura’s positions or his activities that are not released by him or by us here in this office are all too often a distortion of the facts,” said Dujarric at a press briefing.