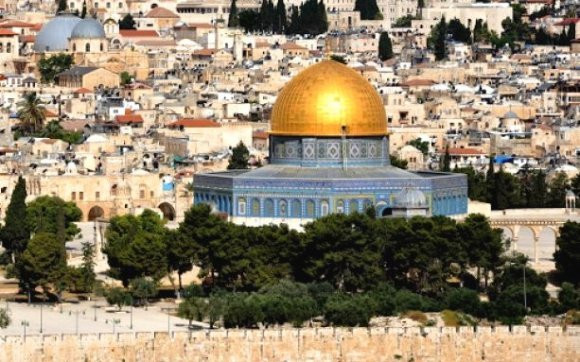 NEW YORK – Tuesday, 26 April 2022 (APS) – Algeria’s permanent representative to the United Nations Nadir Larbaoui reaffirmed, in New York, before the Security Council Algeria’s unconditional support to the Palestinian cause and underlined the tireless efforts  of President Abdelmadjid Tebboune for the Palestinian cause as well as the contacts he made with international personalities to stop the  attacks and violations against the Palestinians in al-Quds.

In this respect, he shed light on the content of President Tebboune’s message to the UN Secretary General, in which he notably pointed out that “the credibility of the United Nations is often challenged through the repeated acts of violence and insistence on imposing a fait accompli, which increases the legitimate fears of peoples who believe in just international community with a peaceful co-existence, and in the face of these violent acts from which the Palestinian people suffer, the United Nations must strongly respond to the call and right for life and justice.”

Ambassador Larbaoui denounced the international community’s inability to enforce its decisions at a time when the Zionist occupation continues its colonization policy and its will to impose the fait accompli and to change the historical and legal status of Al-Aqsa Mosque.

He reaffirmed the full support of Algeria to the brotherly Palestinian people’s right to restore their legitimate and inalienable rights, the first of which their right to establish their independent State with al-Quds as capital, in accordance with the international law, and the necessity of putting an end to the occupation of all the Arab lands, including the Syrian Golan.