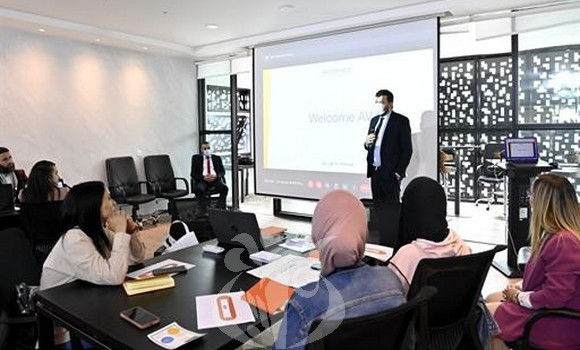 ALGIERS – Tuesday, 26 April 2022 (APS) – The public startup gas pedal “Algeria Venture” has officially launched Tuesday in Algiers a startup acceleration program in partnership with the “Google for startups MENA” network, in the presence of the Minister Delegate to the Prime Minister in charge of the Knowledge Economy and Startups, Yacine El-Mahdi Oualid.

This program, entitled “Boost Competencies Entrepreneurship (BCEP), hosts a class of 14 startups from seven provinces of the country, and aims to boost these startups through training and support for the acquisition and development of skills through courses and workshops.

Speaking at a press briefing on the sidelines of the ceremony, Oualid said the program allows the startups concerned to benefit from the training provided by Google executives to develop managerial and technological skills.

For his part, the CEO of Algeria Venture, Sid Ali Zerrouki said the program will be implemented in partnership with the Google network for startups in the MENA region and will provide “quality training and effective acceleration with the support of skills and international expertise pioneers in the formation of ecosystems leaders in the world.”

“The first group brings together 14 startups operating in a dozen different sectors. Other groups will follow soon to reach 100 accelerated startups by the end of this year, “said Zerrouki.

For his part, the Head of the Google Developer Ecosystem and Accelerator for Middle-East and North Africa (MENA), Salim Abid stressed Google’s support to Algerian startups “for several years.”