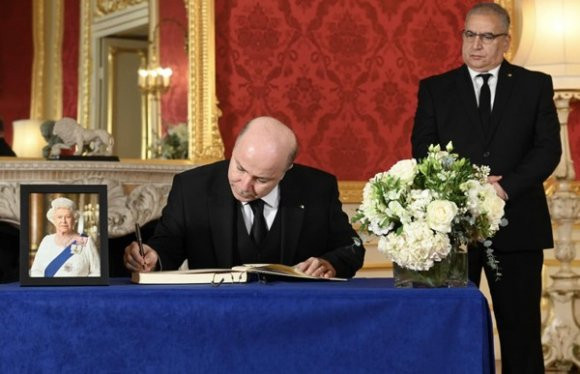 “On behalf of president of the People’s Democratic Republic of Algeria, Abdelmadjid Tebboune, and the Algerian government and people, I would like to offer you as well as the whole royal family and the British people my sincere condolences and my deepest feelings of sympathy and compassion following the death of Queen Elizabeth II, who had contributed to the promotion of peace, stability and development in Great Britain and everywhere in the world, without failing to express our gratitude for her role in the promotion of cooperation and friendship relations between Algeria and Great Britain and their respective peoples,” the condolence message said.

As representative of the president of the Republic, the prime minister took part in the State funeral of the late Queen of the United Kingdom of Great Britain and Northern Ireland, being held from Sunday.