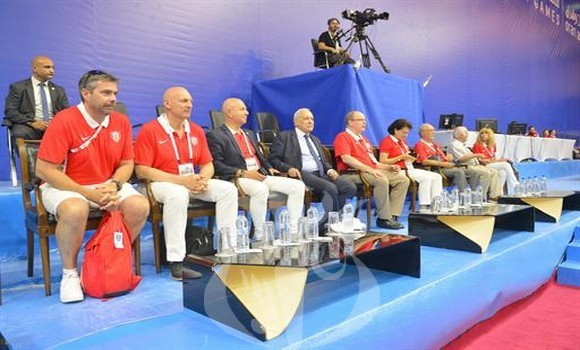 ORAN – Thursday, 30 June 2022 (APS) – His Highness Prince Albert II of Monaco attended Thursday in Oran a part of the competitions of the 19th Mediterranean Games.

Before meeting athletes from the Principality of Monaco, his Highness attended table tennis quarter-final matches and judo matches at Mohamed Benahmed Convention Center in Oran.

Prince Albert II of Monaco arrived in Oran on Wednesday evening for a two-day visit under the Mediterranean Games.

He was welcomed at Ahmed Benbella International Airport in Oran by Minister of Foreign Affairs and the National Community Abroad, Ramtane Lamamra who wished him on behalf of President of the Republic, Abdelmadjid Tebboune a warm welcome and a pleasant time in Oran El Bahia.

He offered hearty congratulations to the Algerian government and people for the good organization and resounding success of this Mediterranean sporting event.