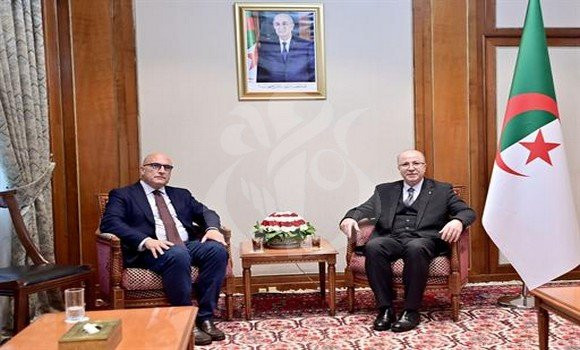 ALGIERS – Prime Minister Aïmene Benabderrahmane received Tuesday, at the Palace of Government, a delegation of the European Parliament made up of members of the EU-Algeria Joint Parliamentary Committee, led by its chairman Andrea Cozzolino, the Prime Minister’s Office said in a statement.

The meeting focused on “the state of the relations between Algeria and the European Union (EU) and their future prospects,” said the source.