President Tebboune’s commitments begin to be implemented in various sectors 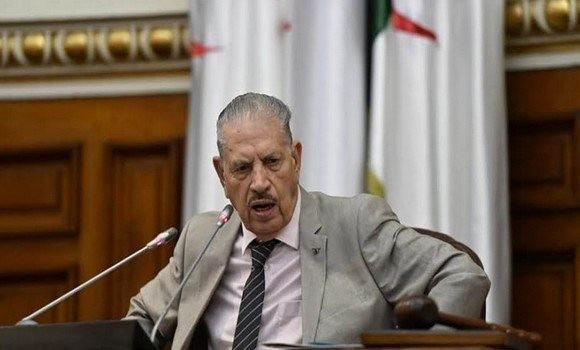 ALGIERS – Sunday, 04 September 2022 (APS) – President of the Council of the Nation, Salah Goudjil said Sunday in Algiers that the commitments of President of the Republic, Abdelmadjid Tebboune, began to be implemented in various sectors.

Algeria begins, barely three years after the election of President Abdelmadjid Tebboune, “an important step marked by the successive implementation of its 54 commitments,” said Goudjil in an address at the opening of the ordinary parliamentary session 2022-2023.

Believing that “the achievement of self-sufficiency and exploitation of all the potential of the country are likely to further strengthen the political decisions of Algeria and strengthen its voice,” Goudjil said that “the most important point to remember is that Algeria has no external debt.

And to reiterate, by the same occasion, the constant position of Algeria which supports the liberation movements and decolonization, including the Palestinian and Sahrawi causes.

The opening ceremony of this session was attended by President of the People’s National Assembly (APN), Brahim Boughali, Prime Minister, Aïmene Benabderrahmane, and members of the Government.