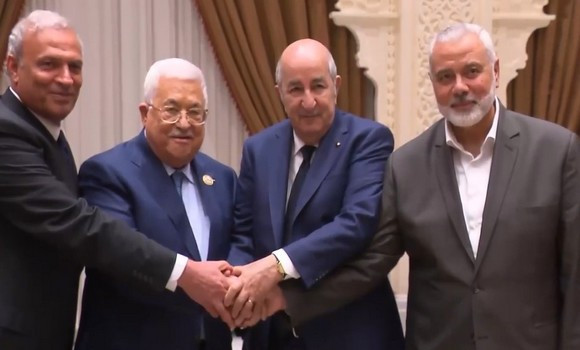 ALGIERS – Wednesday, 06 July 2022 (APS) – President of the Republic Mahmoud Abbas reunited Tuesday, at the International Centre of Conferences (CIC) in Algiers, Palestine’s President Mahmoud Abbas and the head of the head of Hamas Political Bureau Ismaïl Haniyeh, a historical meeting after a coldness of several years.

Representatives of the Palestinian Authority and Hamas Movement also attended this meeting.

President Tebboune and his Palestinian counterpart cosigned a document to name a street in Ramllah after the name of Algeria.