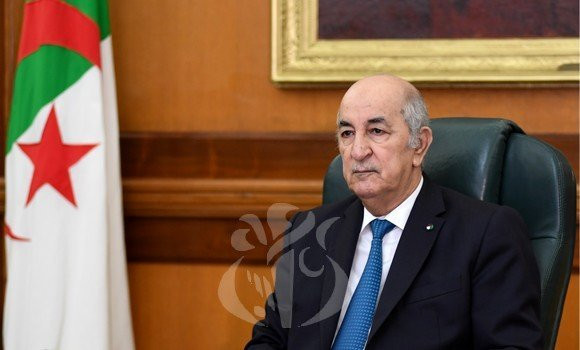 ALGIERS – Monday, 18 April 2022 (APS) – President of the Republic Abdelmadjid Tebboune received Monday a phone call from his Russian counterpart, Vladimir Putin, the presidency of the Republic said in a statement.

The two leaders “exchanged congratulations on the 60th anniversary of the establishment of diplomatic ties between the two countries, and expressed satisfaction with the progress made in the bilateral cooperation in all fields.”

They also agreed on “exchange of visits between the Algerian and Russian top officials and on the next meeting of the joint economic cooperation commission.”

The two leaders tackled the Ukrainian crisis and stressed the “importance of a political solution in line with the principles of international law and the UN Charter,” the statement said.

They underlined the serious developments undermining the safety of Palestinian citizens and the attacks on the sacredness of the holy places of Islam in Al-Quds (Jerusalem).

The two leaders reiterated the support of the two countries for a just and lasting peace in the Middle East to enshrine the unalienable national rights of the Palestinian people.