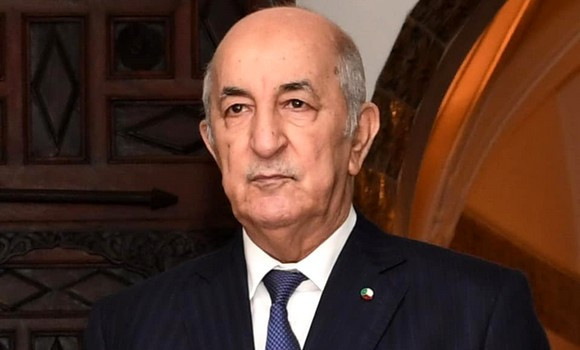 ALGIERS – Friday, 09 September 2022 (APS) – President of the Republic Abdelmadjid Tebboune sent Friday a condolence message to King Charles of England, following the death of Queen Elizabeth II, in which he highlighted the role of the deceased in promoting friendly relations between Algeria and Great Britain.

“It is with great sadness and deep emotion that we have learned of the death of Her Majesty the Queen of Great Britain and Northern Ireland, Elizabeth II. In these painful circumstances, I present to you, to the royal family and to the British people, on behalf of the Algerian people and government, my sincere condolences and assure you of our deepest feelings of compassion and solidarity.”

“It is a painful ordeal to lose one of the foundations of the United Kingdom and one of the veteran leaders who dedicated their lives to the service of their country. We recall her historical contributions and her pioneering initiatives with a view to guaranteeing peace, stability, progress and prosperity for the British people, by adapting wisely and foresightedly to the political, economic, and social changes which have taken place on the international scene throughout her 70 years of reign.”

Proud of the privileged relations it maintains with the UK, Algeria “would like to underline the role of the deceased in strengthening bilateral relations in implementation of the relations of friendship linking our two peoples and their common aspirations to further progress and prosperity. With her demise, Algeria loses one of its loyal friends in all the circumstances and stages it experienced,” added President Tebboune.

“I reiterate my sincere condolences and my deep feelings of compassion as well as the support of the Algerian people in this painful ordeal which has bereaved the royal family and the friendly British people.”

“Would you please, accept Your Majesty the expression of my highest consideration and friendship,” concluded the message.