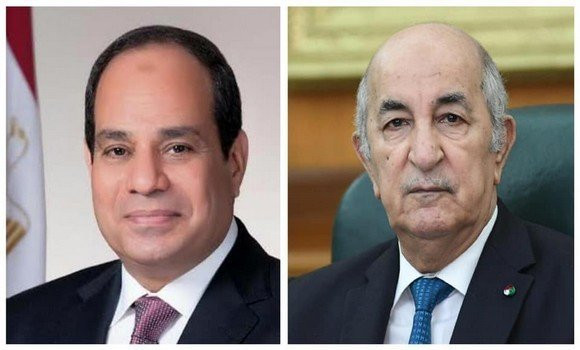 ALGIERS – Tuesday, 06 September 2022 (APS) – The minister of Foreign Affairs and National Community Abroad, Ramtane Lamamra, was received Tuesday in Cairo by President Abdel Fattah al-Sissi of Egypt to whom he handed over an invitation letter from the president of the Republic Abdelmadjid Tebboune to attend the 31st Arab Summit on November 1-2 in Algiers, the ministry said in a statement.

“In his capacity as a special envoy of president of the Republic Abdelmadjid Tebboune, the minister of Foreign Affairs and National Community Abroad, Ramtane Lamamra, was received at Al-Ittihadiya Palace by the president of the brother Republic of Egypt, Abdel Fattah al-Sissi,” the statement said.

During the audience, Lamamra handed over to the Egyptian President the invitation letter of President Tebboune to attend the Arab Summit in Algiers. He also conveyed to him President Tebboune’s “sincere greetings and his desire to continue to work together with him for enhancing bilateral cooperation and establishing a tradition of political consultations and coordination between the two sister countries.”

President Abdel Fattah al-Sissi expressed his high esteem for his brother President Abdelmadjid Tebboune, commending his efforts to ensure the success of the next Arab summit.