President Tebboune has put Algeria back on African and Mediterranean scenes, MENA region 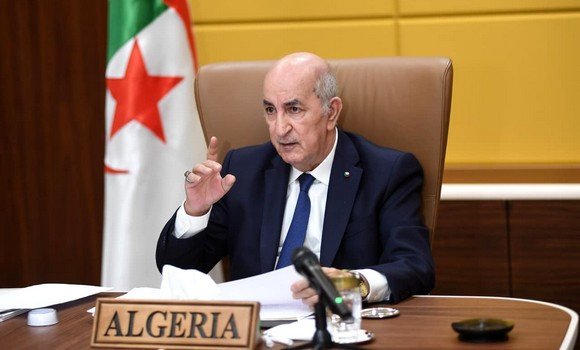 ALGIERS-Since the election of the President of the Republic, Abdelmadjid Tebboune, Algeria has imposed itself as a new competitor in Africa, in the Mena region (the Middle East and North Africa) and the Mediterranean basin.

Once elected, President Tebboune was aware of what awaited him domestically and internationally. The country does need acts wore than words.

The head of state did not waste time and quickly launched the institutional, economic, and political projects to change the practice of power and rethink a new democratic model.

It was also necessary to give a new impetus to a disempowered diplomatic apparatus. To achieve this goal in a very short time, President Tebboune has placed Algeria on the world chessboard.

Algeria is preparing to organize an important Arab Summit; a promising summit intended to bring together Arab countries, especially in such a time of turbulence.

Moreover, with the advent of the new world order, President Tebboune is strongly requested by his peers to put back the movement of Non-Aligned in the saddle.

Algeria is inescapable, and the posture of its president, who never oscillates from one position to another like a pendulum, contributes to its influence.