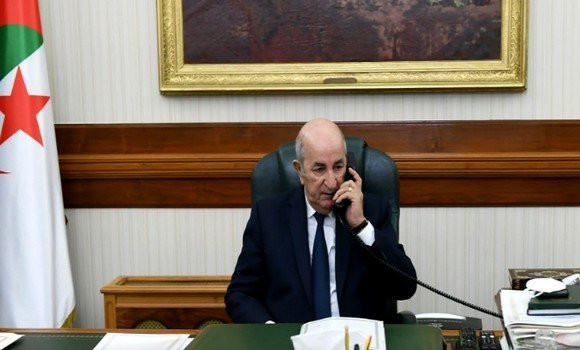 ALGIERS – Saturday, 18 June 2022 (APS) – The president of the Republic Abdelmadjid Tebboune had a telephone conversation with his French counterpart, Emmanuel Macron, on Saturday, during which the two leaders discussed bilateral relations and regional and international issues of common interest, the presidency of the Republic said in a statement.

“President of Republic Abdelmadjid Tebboune had today a phone conversation with the president of the French Republic, Emmanuel Macron, during which the two leaders discussed bilateral relations and stressed their determination to make them deeper, particularly with regard to the close views between the two presidents and their convergence to raise the bilateral ties to a level of excellence, mainly after the re-election of President Macron for a new term,” the statement said.

The phone call was also an opportunity for the two presidents to address “various issues, including the situation in the Sahel and Libya, in addition to regional and international issues of common interest,” the statement concluded.