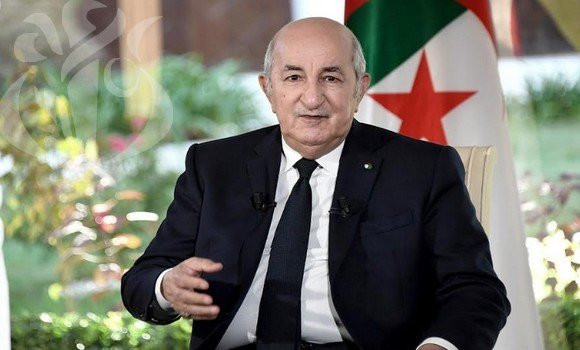 ALGIERS – Sunday, 22 January 2023 (APS) – President of the Republic, Abdelmadjid Tebboune, sent on Sunday a message of congratulations to Brahim Ghali, following his reappointment as Secretary General of the Polisario Front and President of the Sahrawi Arab Democratic Republic (SADR).

“Mr. President and dear brother, following your reappointment as Secretary General of the Popular Front for the Liberation of Saguia el-Hamra and Rio de Oro and President of the Sahrawi Arab Democratic Republic, I extend to you my warmest congratulations and wishes for full success in the accomplishment of your noble missions in the service of the just Sahrawi cause and its valiant people,” wrote President Tebboune in his message.

“On this occasion, I would also like to congratulate you on the success of the 16th Congress of the Polisario Front and to salute the resistance of the brotherly Sahrawi people, who expressed themselves by reaffirming, once again, their attachment to their legitimate, inalienable and imprescriptible right to self-determination, in accordance with the relevant resolutions of the United Nations and the African Union,” the President of the Republic added.

“While reaffirming Algeria’s constant position and its principled support for the just Sahrawi cause, please accept, Mr. President and dear brother, the expression of my high consideration and friendship,” concluded President Tebboune.