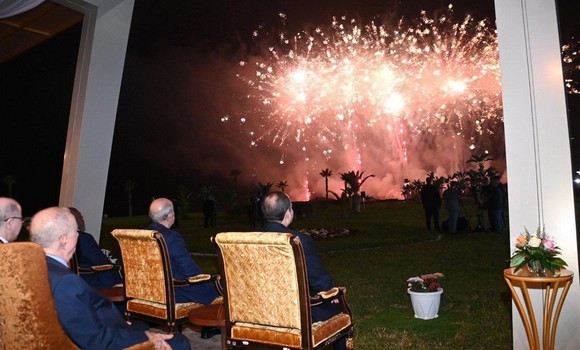 ALGIERS – Wednesday, 02 November 2022 (APS) – The President of the Republic, Supreme Chief of the Armed Forces, and Minister of National Defense, Abdelmadjid Tebboune chaired Tuesday evening the commemorative ceremony of the 68th anniversary of the outbreak of the Glorious Revolution of November 1, 1954.

The ceremony took place at the Sheraton Hotel, in the presence of Arab leaders, heads of state, and Government attending the 31st Arab Summit.

High State officials and members of the Government also attended this commemorative ceremony which started with the national anthem performed by the Republican Guard.

On the same occasion, a documentary film on the War of National Liberation, produced by the Directorate of Information and Communication at the General Staff of the People’s National Army and entitled “A Revolution Attached to Human Values and Principles”, was screened.

Organized on the sidelines of a dinner offered in honor of the guests of Algeria, the ceremony wrapped up with a sumptuous fireworks display that illuminated the sky of the capital.