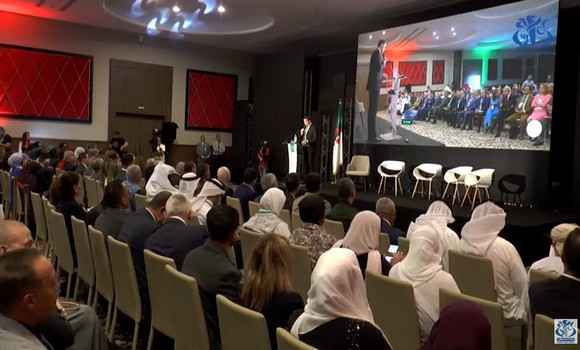 ORAN – Monday, 12 September 2022 (APS) – The participants at the “Intergenerational Communication to Support Joint Arab Action” Forum stressed Monday, in Oran, the importance of the memory as a source of inspiration to strengthen the values of solidarity and defense of the Arab causes.

The participants said, in an in camera session under the theme “Reviving memory and intergenerational communication in the service of the joint Arab action,” that “the Revolution of 1st November 1954 is a model to develop the awarness of the Arab countries and peoples in the common struggle.”

The session’s coordinator, Kuwaiti Ayed El Djarid, said in a press briefing that “Algeria conducted, during 132 years of French occupation, a big fight, cited as an example to follow.”

In this respect, he emphasized the role of institutions and the civil society, at that time, in the dissemination of awareness for the fight against the French colonialism and preservation of the country’s Arab-Islamic identity.”

The participants dealt also with the horrible crimes and massacres committed by the French colonialism against the Algerian people during the period of colonialism.

In his speech, during this session’s works, Mohtasseb Mustapha Hamaïl, a Palestinian who was detained in the Zionist prisons since 2008 before his release, four months ago, reported on the conditions of prisoners in the jails of the Zionist occupier. He affirmed that “the Zionist practices against the prisoners are in violation with all the international conventions.”

This five-day forum, organized by the National Civil Society Watchdog (ONSC), is marked by the participation of about 150 senior officials, civil society’s activists, influencers and top academic personalities from 19 Arab countries, said the source.