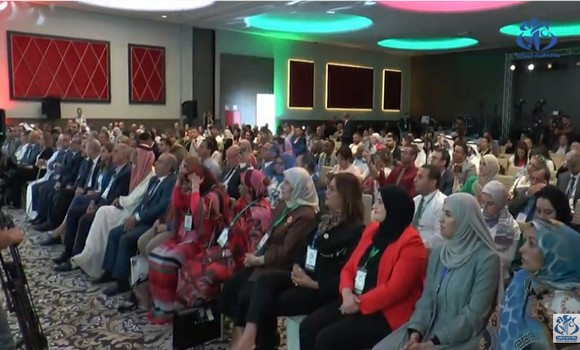 ORAN – Wednesday, 14 September 2022 (APS) – The participants in the “Intergenerational Communication to Support Joint Arab Action” Forum, whose works wrapped up on Wednesday in Oran, called on the Arab leaders, who will participate in the next Arab Summit of Algiers, to unify the Arab ranks in order to revive the values of solidarity and mutual aid.

The participants, through the Declaration of Oran read at the wrap up of the works, called “the Arab leaders, who will meet in Algiers on 1st November, for the unification of the Arab ranks in order to revive the values of solidarity and mutual aid which enabled our nation of yesteryear to face the most powerful colonial forces, and which will enable it to defend their interests by all legitimate means and ways.”

They also called to “unite around the central Arab issue, namely the Palestinian cause,  through a strong unified position by reviving the Arab peace initiative in support of the Palestinian people’s legitimate and inalienable rights, notably the establishment of their independent and sovereign State with al-Quds as capital.

In their Declaration, the participants “pleaded for the activation of the Arab League’s role in facilitating the efforts for the political settlement of the crises that the Arab countries are experiencing, through the adoption of a comprehensive approach giving precedence to the interests of the Arab peoples and dialogue, in accordance with the Arab League’s Charter.”

They also advocated the continuation of the project of reform and development of the joint Arab action system via the modernization and updating of all the Arab organizations to live up to the Arab citizens’ expectations while involving the Arab civil society in the implementation of the national and Arab programmes aimed to achieving sustainable development as part of the good governance and the fight against corruption.