My talks with Lamamra were fruitful, says Tariq Mahmood Ahmad 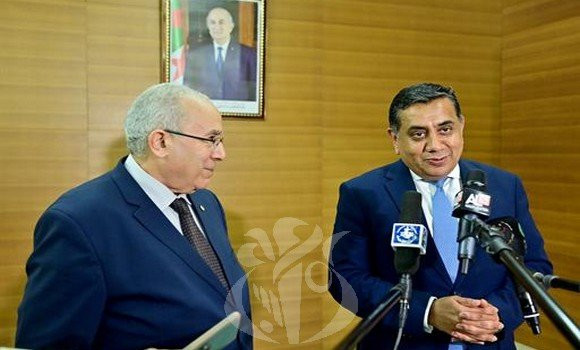 ALGIERS – Thursday, 09 June 2022 (APS) – British Minister of State for South and Central Asia, North Africa, the UN and the Commonwealth Tariq Mahmood Ahmad affirmed that he had fruitful talks with Minister of Foreign Affairs and National Community Abroad Ramtane Lamamra on ways and means to strengthen the bilateral cooperation on several issues of common interest.

The British minister said that the talks “allowed us to listen to the concerns of the two sides and share our respective points of view.”

He pointed out that his visit to Algeria aimed at “supporting the partnership with the North African countries and to enrich the cooperation between Great Britain and Algeria, as well as to implementing the joint commitments between the two sides on common goals for the promotion of a number of fields, like the sector of education,” in addition to the examination of “the challenges that the region is facing.”