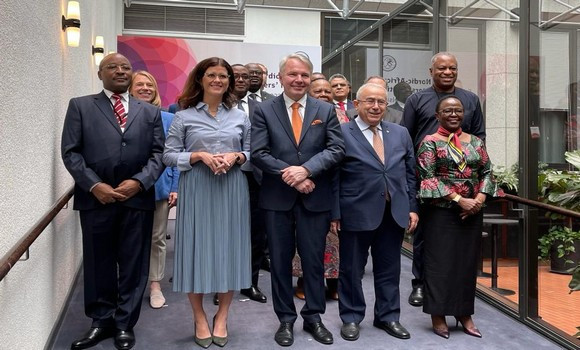 “This annual meeting is part of the dialogue established in 2001 between African and Nordic countries on the main contemporary challenges of global scope, with a view to promoting

approaches based on multilateralism,” the same source said.

“The meeting will focus on international peace and security issues, particularly in Africa,” said the ministry.

Lamamra, who attended the meeting at the invitation of his Finnish counterpart, Pekka Haavisto, “took the opportunity to present Africa’s efforts in the field of conflict prevention and resolution and to underline the need for the international community to further support African initiatives through partnerships that meet the continent’s challenges,” added the same source.

“Finally, and on the sidelines of this event, the head of Algerian diplomacy held bilateral talks with his counterparts from the Nordic countries, including Finland, Denmark, Iceland and Norway,” added the ministry.

He also had meetings with several counterparts from African countries who took part in the work of this meeting, including the foreign ministers of South Africa, Nigeria, Rwanda, Tanzania and Niger,” concluded the Foreign Affairs Ministry.