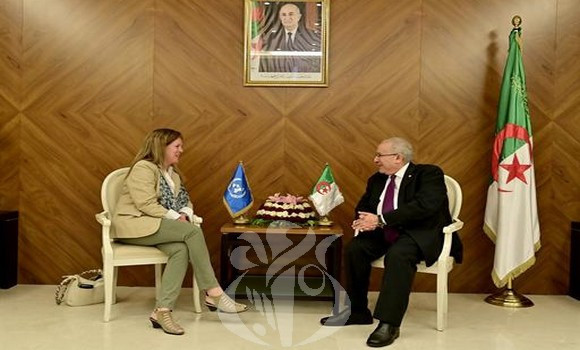 During the meeting, “the two sides discussed political and security developments in Libya as well as UN-sponsored efforts to overcome the divisions within the Libyan parties and reach a consensus on the political, security and legal conditions for the holding of fair elections,” the ministry said in a statement.

Lamamra seized the opportunity to reiterate “Algeria’s support for the UN efforts in this respect.”

He recalled Algeria’s “principled position on the need to increase efforts for the Libyan people to exert their sovereign right to elect their own representatives, as stressed, on several occasions, by President of the Republic Abdelmadjid Tebboune.”