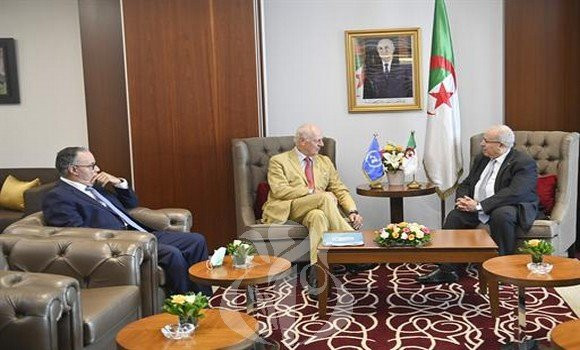 ALGIERS – Monday, 05 September 2022 (APS) – The minister of Foreign Affairs and National Community Abroad,, Ramtane Lamamra, on Monday received UN Secretary General’s personal envoy for Western Sahara, Staffan de Mistura, who is on a visit to Algeria, the ministry said in a statement.

The meeting was held in the presence of Algeria’s special envoy for Western Sahara and Maghreb countries, Amar Belani.

The two sides discussed “the latest developments of Western Sahara issue and the prospects for supporting UN efforts to resume the direct negotiations between the two parties to the conflict, namely the Kingdom of Morocco and the Polisario Front, in order to reach a just, lasting and mutually acceptable solution that ensures Sahrawi people’s inalienable and imprescriptible right to self-determination, in line with the relevant United Nations resolutions and decolonization doctrine,” the ministry said in the statement.