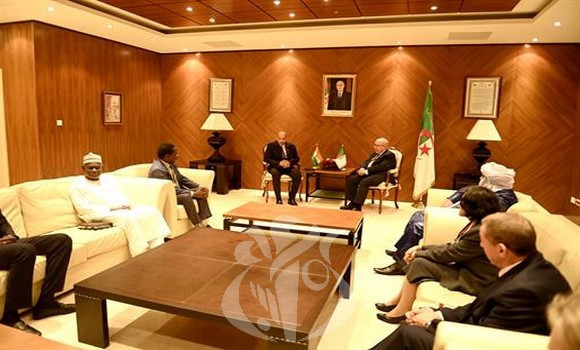 ALGIERS – Thursday, 14 April 2022 (APS) – The minister of Foreign Affairs and National Community Abroad, Ramtane Lamamra, received Wednesday, at the ministry’s headquarters, a Parliamentary delegation from the Republic of Niger, led by the head of the Algeria-Niger friendship group, Khalil Oumbarek.

The two sides discussed “the fraternal and neighbourly relations between the two brother countries and the means to boost them, especially to meet the challenges arising from the political and security situation at the regional level,” the ministry’s statement said.

Lamamra expressed appreciation for “the establishment of the parliamentary friendship group between the two countries,” according to the statement.

The Foreign minister stressed “the importance and role of parliamentary diplomacy in strengthening relations at different levels and supporting the efforts to ensure an optimal use of cooperation opportunities on both sides.”