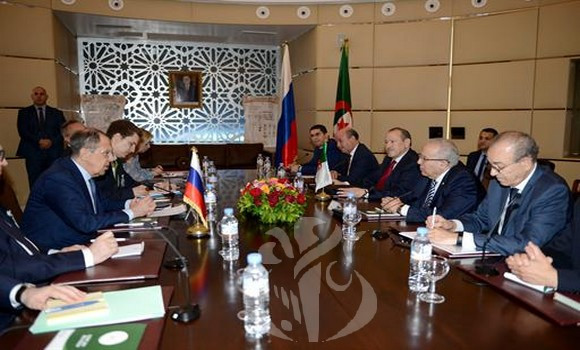 The discussions were subsequently extended to the members of the delegations of the two countries.

Earlier, the Russian Foreign Minister paid tribute to the memory of the martyrs of the National Liberation War (1954-1962) at the Martyrs’ Memorial, in Algiers, where he laid a wreath.