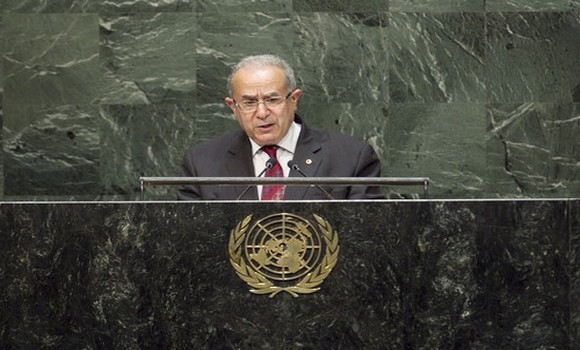 ALGIERS – Monday, 19 September 2022 (APS) – The minister of Foreign Affairs and National Community Abroad, Ramtane Lamamra, has arrived in New York, at the head of the Algerian delegation, to take part in the high-level segment of the 77th session of the United Nations General Assembly, the ministry said Monday in a statement.

Held in at a moment marked by “serious tensions” in the international relations, “the session, placed under the theme ‘A watershed moment: transformative solutions to interlocking challenges,’ will include several high-level meetings to discuss main topical issues in terms of peace and security, governance and sustainable development,” the statement said.

According to the statement, ministerial meetings by different groups whose Algeria is a member, such as the Non-Aligned Movement (NAM), Arab League, the Organization of Islamic Cooperation (OIC) and the African-Arab Troika, will be held on the sidelines of the General Assembly works.

“In addition to his participation in these events, the Algerian Foreign Minister plans to hold talks with the secretary general of the United Nations, Antonio Guterres, other top UN officials and many of his counterparts taking part in the General Assembly meetings,” the statement concluded.