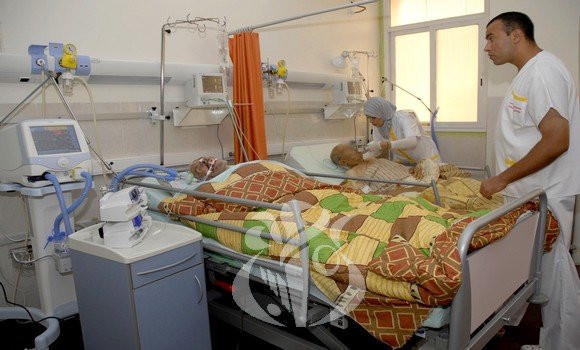 ALGIERS – Wednesday, 13 July 2022 (APS) – The health system in Algeria has experienced in 60 years of independence “remarkable progress,” particularly in the prevention and fight against serious contagious diseases, which have enabled it in recent years, to obtain three certifications issued by the World Health Organization (WHO), in recognition of its colossal efforts in this field.

Among the first certifications obtained by Algeria from the WHO, that of the eradication of poliomyelitis in 2016, tetanus in pregnant women and newborns in 2018 and malaria in 2019.

Algeria is continuing its efforts to obtain before the end of 2022 another certification for “the elimination of measles, rubella and trachoma”.

Algeria is one of the first countries in Africa to have completely eliminated certain diseases, such as poliomyelitis and malaria.

Health indicators showed, during the first years of independence, an increase in the number of deaths among children, with 180 deaths per 1,000 live births.

According to these same indicators, 5 children die before the age of one year, due to the spread of contagious diseases and the lack of vaccination coverage which did not exceed 10% at the time, and the same was true for pregnant women who accounted for 230 deaths per 1000 inhabitants.

The lack of financial resources at the time had left Algeria completely helpless against the spread of contagious pandemic diseases, causing an increase in the number of deaths and cases of disability in society, especially among children.

However, these anomalies quickly disappeared thanks to popularization of vaccination coverage, mainly in favor of this fringe of society.

To remedy the pandemic situation that prevailed at the time, Algeria established a special vaccination calendar and organized compulsory vaccination campaigns for the benefit of children, which allowed it to achieve an overall vaccination coverage of more than 98%, including for the tuberculosis vaccine (BCG) and those against poliomyelitis and smallpox and a rate of 90% for hepatitis C.

Thus, Algeria has succeeded in definitively eliminating certain contagious infectious diseases, such as malaria, poliomyelitis and tetanus in pregnant women and newborns, among other diseases which will soon be eradicated.

President of the Republic Abdelmadjid Tebboune concluded at the National Seminar on the Modernization of the Health System held in January 2022, that this system “was one of the best systems in Africa starting from principle of free healthcare and health coverage,” recalling the great progress made in this sector since independence thanks, he said, to “the mobilization of doctors and their role in the eradication of many diseases deadly.”

He also mentioned “the adoption of a vaccination system whose results are now obvious, making Algeria the first country in Africa in this field,” as well as other positive indicators such as the increase of life expectancy.

The health system has made “significant progress” since independence, thanks to the interest granted by the State to the sector, whether through the means mobilized for the improvement of the services provided or through the policy of free healthcare. care enshrined in the Constitution, which has enabled Algeria to obtain several certifications issued by the UN organization”.

The strengthening of the sector through health structures has led to a significant drop in infectious diseases and the complete elimination of some of them, in addition to the decrease in the number of deaths in general and infant mortality, which has recorded tangible results in falling from 180 deaths per 1000 live births during the first years of independence to 23 deaths per 1000 live births.

Algeria has achieved, through these “positive” results, the United Nations Millennium Goals (2000-2015) in this area.

This policy has also contributed to reducing the maternal and infant mortality rate thanks to the high rate of medically assisted deliveries, which reached 98% across the country, and the opening of several specialized mother-child hospitals in number of 39 establishments, in addition to other specialized services in this field in many local centers in order to bring health closer to the citizen.

To improve the care of pregnant women and reducing the pressure on the obstetrical genecology departments of large hospitals, the Ministries of Labour, Employment and Social Security and Health have signed an agreement with hospitals in the private sector to take charge of this category.

Tebboune had ordered the establishment of a plan for the management of emergency services and pregnant women, with the mobilization of all actors, the strengthening of these services material and human resources needed.