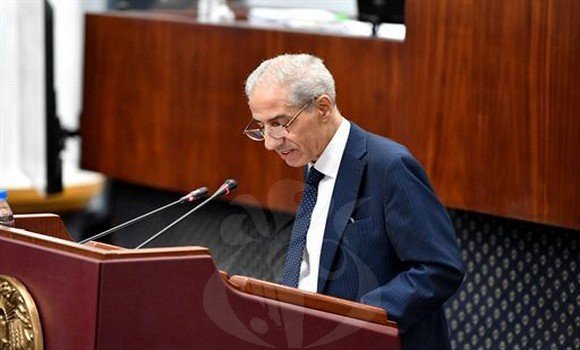 ALGIERS – Tuesday, 15 November 2022 (APS) – The Minister of Finance, Brahim Djamel Kassali said Tuesday in Algiers that the economic growth rate in Algeria should record an upward trend by 2025 driven by the performance of several sectors, stating that the Government expected a growth rate of 4.1% in 2023.

Speaking at a plenary session chaired by Brahim Boughali, Speaker of the Lower House, on the presentation of the draft bill 2023 before the People’s National Assembly (Lower House), Kassali said that the growth rate should be 4.1% in 2023, then 4.4% in 2024 and 4.6% in 2025, due to the performance of all sectors except that of hydrocarbons which will be more stable in 2023 and 2025.

After stating that the bill “will establish a new mode of public financial governance based on the budget of programs and objectives,” the minister recalled that the state continued, despite the difficult international situation, the operation of economic recovery through the establishment of a sustainable economy creating wealth and jobs.

“The year 2023 will be marked by the continuation of efforts and measures taken during the current year to preserve and strengthen the purchasing power of citizens through the revision of the salary grid and the revaluation of unemployment benefits, in addition to boosting the public and private investment program to ensure comprehensive growth,” he continued.