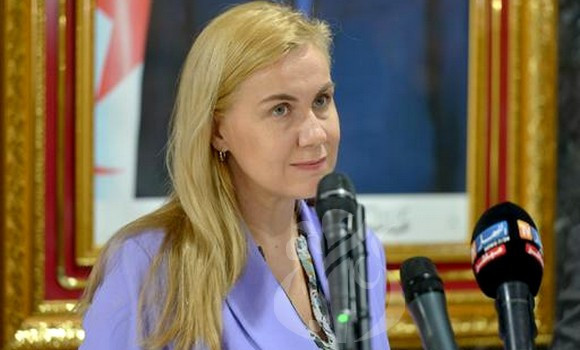 ALGIERS – Tuesday, 11 October 2022 (APS) – The European Commissioner for Energy Kadri Simson affirmed Monday, in Algiers, that the European Union (EU) is ready to “ further strengthen and develop an energy partnership with Algeria,” affirming that Algeria remains an “important and reliable supplier.”

Speaking in a press briefing at the end of the 4th annual high-level meeting on energy dialogue between Algeria and the European Union (EU), that she co-chaired with Minister of Energy and Mines Mohamed Arkab, Simson said that “the ties in the energy sector between Algeria and EU and its member States are historic, strong and deep.”

“We want to strengthen them and to further develop an energy partnership that is mutually beneficial to the Algerian and European peoples,” she said.

In this respect, the European commissioner affirmed that she proposed to the Energy minister three very promising fields in the sector of energy where Algeria and EU could have“win-win cooperation.”

The first field of cooperation concerns gas, she said, while underlining that “Algeria has long been, and is still, an important and reliable gas supplier to EU.”

“EU and Algeria will both win by increasing the volumes of the Algerian gas potentially available for exportation to Europe,” according to Simson.

This increase could be achieved “in cooperation with the European companies, by exploiting the new gas fields” in Algeria, she said.

Another promising avenue for the two countries to increase gas exports is to further reduce methane emissions, which would make more gas available for trading, she underlined.

In this respect, Simon said she proposed during the meeting “a concrete cooperation project to Minister of Energy Moahmed Arkab.”

While dubbing “excellent” the discussions she had with Arakb, Simson pointed out that the second field of common interest is that of renewable energy.

In this regard, she said that Algeria “has abundant sources of renewable, solar and wind energies” enabling it “to become a global leader in the production of clean energy, for the local consumption and for exportation, including to Europe.”

The 3rd field of cooperation cited by Simson is that of green hydrogen, affirming that a “possible EU-Algeria partnership on hydrogen could enable developing production, consumption and trade of renewable hydrogen and its by-products.