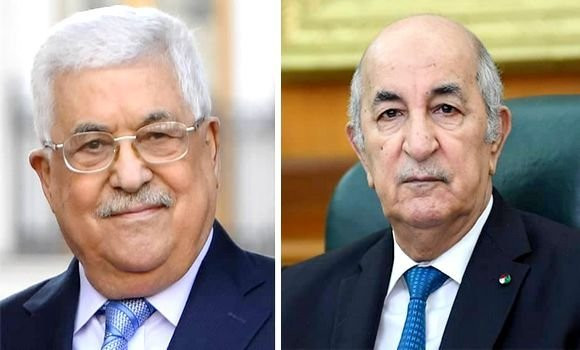 ALGIERS – Tuesday, 06 September 2022 (APS) – The minister of Foreign Affairs and National Community Abroad, Ramtane Lamamra, was received Monday morning, upon his arrival in Cairo, by the president of the State of Palestine, Mahmoud Abbas, to whom he handed an invitation from President of the Republic Abdelmadjid Tebboune to participate in the 31st Arab Summit in Algiers (November 1-2), the ministry said in a statement.

Lamamra, during the audience, conveyed “President Abdelmadjid Tebboune’s greetings to his brother President Mahmoud Abbas, reiterating Algeria’s commitment to supporting the legitimate rights of the brother people of Palestine, and his hope that the State of Palestine plays an active role in the success of this major event,” the statement said.

“President Mahmoud Abbas thanked his brother President Abdelmadjid Tebboune for the permanent support to the Palestinian cause, expressing pride that the State of Palestine is the first (Arab) country to be formally invited for Algiers Summit, which confirms the centrality of the Palestinian cause as a top priority of joint Arab action.”

“The Palestinian president reiterated his determination to attend the Summit and contribute, alongside the other Arab States, to the success of its works with quality outcomes that meet the expectations of the Arab peoples,” the statement said.