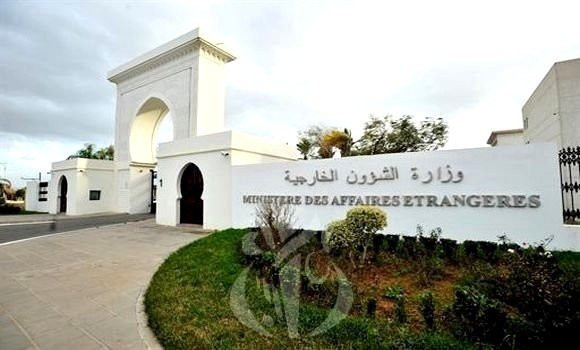 ALGIERS – Tuesday, 12 April 2022 (APS) – Algeria has “strongly” condemned “the targeted assassinations committed with sophisticated weapons of war” by Morocco, outside its borders against civilians in three countries of the region, the Ministry of Foreign Affairs and National Community Abroad said Tuesday in a statement.

“Algeria strongly condemns the targeted killings committed with sophisticated war weapons by the Kingdom of Morocco, outside its internationally recognized borders, and against innocent civilians, nationals of three countries in the region,” the statement said.

“These belligerent practices can be considered as repeated acts of state terrorism and take the form of extrajudicial killings that are subject to prosecution before the competent bodies of the United Nations (UN). This relentless attack on civilians through intentional and premeditated killings constitutes a serious systemic violation of international humanitarian law that must be vigorously denounced and resolutely deterred,” the ministry said

“This headlong rush by the Moroccan forces constitutes a persistent challenge to international legality and exposes the region to dangerous developments,” said the ministry.

According to the statement, “this adventurism, which carries the expansionist aims” of the Kingdom of Morocco, must challenge the UN Security Council and the Personal Envoy of the UN Secretary-General for Western Sahara, Staffan de Mistura, “whose mission and efforts to appease are seriously jeopardized by these serious and repeated breaches of security in the occupied Sahrawi territories and their immediate neighbors with serious risks of potentially dangerous regional crisis.”