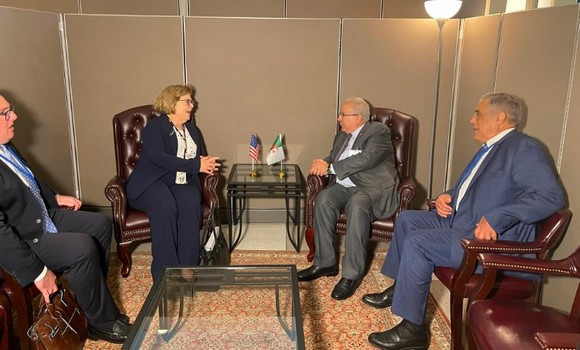 NEW YORK – Wednesday, 21 September 2022 (APS) – Algeria is a strong partner for peace and stability in the region and on the African continent, the US Assistant Secretary of State for Near Eastern Affairs Barbara Leaf.

The American diplomat met with Minister of Foreign Affairs and National Community Abroad Ramtane Lamamra on the sidelines of the United Nations General Assembly “to discuss the American-Algerian cooperation on regional stability,” tweeted the US State Department’s Bureau of Near Eastern Affairs.

The discussions focused on the peace and the next Arab League Summit that will be held on 1-2 November in Algeria, said the source, in addition to the latest developments of the international situation, notably the conflict in Ukraine, the Palestinian issue, the Libyan crisis and the situation in the Sahel.