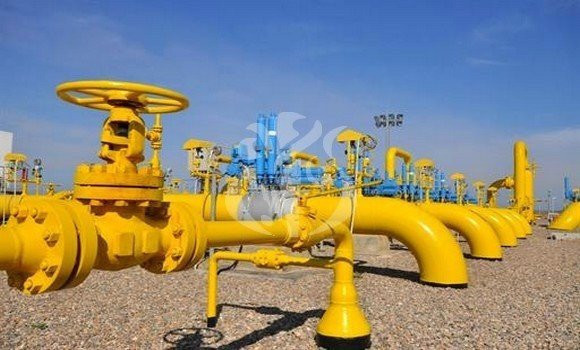 ALGIERS – Monday, 23 January 2023 (APS) – The President of the Republic, Abdelmadjid Tebboune said Monday in Algiers that the new gas pipeline project between Algeria and Italy was of “extreme importance” and “will be completed in a short time” to allow Algeria to export electricity, ammonia, and hydrogen in addition to gas.

Speaking at a press briefing with the President of the Italian Council of Ministers, Giorgia Meloni, President Tebboune said that “the duration of this project is left to the estimation of technicians. However, I believe it will be short, especially since we have agreed on the pipeline project and signed an agreement on the launch of the study and then the implementation of this project.”

In addition to gas, the pipeline will transport electricity, hydrogen, and ammonia, President Tebboune reaffirmed “the extreme importance of this project that will make Italy a hub for the distribution of these energy products to Europe.”

The President of the Republic also welcomed the strategic cooperation between the two countries in the energy field, continued President Tebboune.

“Algeria is considered a major supplier and we want to move to a new stage with the Italians because Italy will be a hub for the distribution of energy (electricity, gas, ammonia and hydrogen) to Europe,” said the head of state.

For her part, Meloni stressed the importance of his working and friendship visit to Algeria on the occasion of the 20th anniversary of the signing of the Treaty of Friendship and Good Neighborliness between the two countries.

Italy seeks to “increase Algerian exports of gas to Italy and, therefore, Algeria to Europe,” she assured.

She said that Algeria and Italy were studying the implementation of a new pipeline project that would also transport hydrogen and electricity, stressing that her country seeks to diversify its partnership with Algeria, especially in the areas of digital infrastructure, communications, biomedicine, industry, and renewable energy.

In the context of the energy crisis in Europe, Algeria can “become a leader in Africa and the world, and Italy is the gateway for the supply of this energy to Europe.”

In response to a question about the new Algerian law on investment, the same official said that it will boost foreign and Italian investment in Algeria as “several Italian companies now want to implement projects in Algeria, an important country with a long history of investment.”