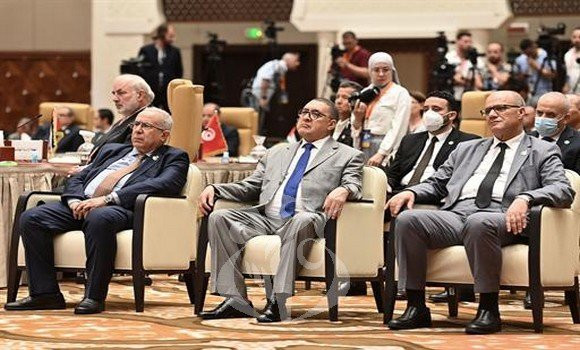 ALGIERS – Monday, 20 June 2022 (APS) – Algeria has been elected Monday Chair of the Union of Arab Economic and Social Councils and Similar Institutions for a three-year term, announced the President of the National Economic, Social and Environmental Council (CNESE), Bouchenak Khelladi Sidi Mohammed.

This election was announced at a press conference held on the sidelines of the Extraordinary General Assembly of the Union of Arab Economic and Social Councils and Similar Institutions, whose name has been changed from League to Union.

The GA also re-elected the Secretary-General of the CNESE, Mohamed Amine Djaafri SG of the Union for a new four-year term. The Board of Directors of the Union, composed of seven (7) members, including the President of the Union and its Vice President, was elected.

Tunisia, represented by the National Council of the Tunisian Dialogue, has joined the League.