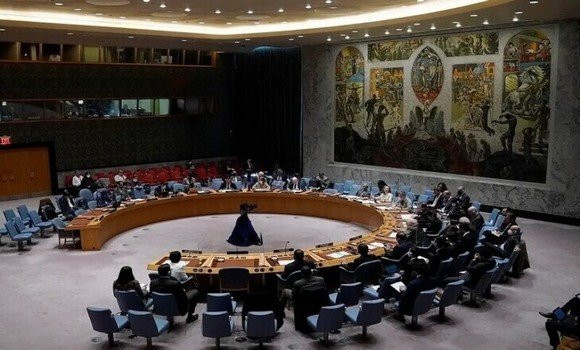 Speaking at an open debate held Wednesday by the Security Council, under the theme “Women, Peace and Security”, at the initiative of the British presidency on “Sexual Violence in Armed Conflicts”, the Algerian delegation exposed “the terrible and repeated violations perpetrated by the Moroccan forces against the defenders of human rights in Western Sahara.”

The delegation referred to the facts revealed by a broad coalition of non-governmental organizations that have denounced the massive and repeated violations by the Moroccan occupation forces that use sexual violence as a means of intimidation of Sahrawi women, human rights activists, such as Sultana Khaya, and Aminatou Haidar, to name a few.

These violations, recalled the delegation, have also been reported and recorded by the UN Special Rapporteur on the situation of human rights defenders, Mary Lawlor, stressing that they are “systematic” and require greater attention from the international community and relevant bodies, including the Office of the Special Representative of the Secretary-General, responsible for the issue of sexual violence committed in times of conflict, as part of its mandate.

The Algerian delegation also responded to the allegations the Moroccan delegation peddled to conceal its crimes in the occupied Sahrawi territories.

“Instead of using propaganda and lies, it is better to pay more attention to the situation of Moroccan children who are plagued by poverty and hunger in addition to high levels of school dropout and drug use in schools,” the Algerian delegation told the Moroccan representative.

“Moroccan officials use these innocent people as a diplomatic mechanism to blackmail neighboring countries through the organization of illegal migration waves. They also use them, against their will, to promote sex tourism in the shadow of the scourge of sexual abuse of children condemned even by Moroccan NGOs,” the Algerian delegation stressed.