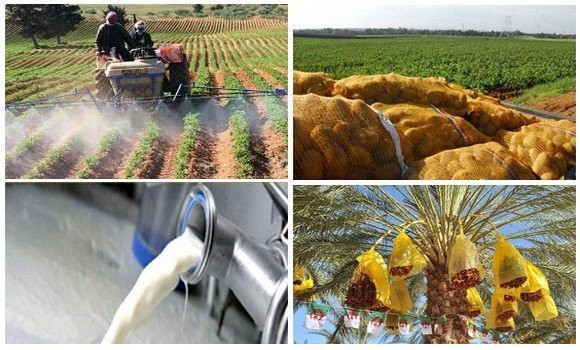 MOSTAGANEM – Tuesday, 27 September 2022 (APS) – The Secretary General of the Ministry of Agriculture and Rural Development, Hamid Bensaad stressed Tuesday in Mostaganem that the national agricultural production covered 74% of domestic needs.

Chairing the opening of the International Agriculture Exhibition “Mosta Expo”, Bensaad, who represented the Minister of Agriculture and Rural Development, Mohamed Abdelhafid Henni, said that agriculture is an economic and social sector par excellence that contributed 14.1% to the national gross domestic product (GDP) in 2021 and employs a quarter of the national workforce, i.e. about 2.7 million workers.

According to the same official, the value of agricultural production in 2021 amounted to more than DZD4500 billion. The sector achieved this financial performance through the measures provided by the Government’s Action Plan and the commitments made by the President of the Republic, Abdelmadjid Tebboune, who has repeatedly emphasized the modernization of agriculture to ensure food security and meet domestic needs.

He recalled that these efforts are aimed at promoting strategic agricultural sectors, rationalizing imports, contributing to the adjustment of the balance of trade, diversifying the national economy, creating jobs, and improving the living conditions of the population.

The organization of this type of event is of great importance to publicize the achievements in terms of quantity and quality, as well as the various development programs and benefits granted by the state to professionals, he continued.

The Secretary General of the Ministry also referred to the benefits of obtaining agricultural equipment, exemptions from value-added taxes for the sale of barley, corn, poultry, and livestock feed, and tax on gross farm income.