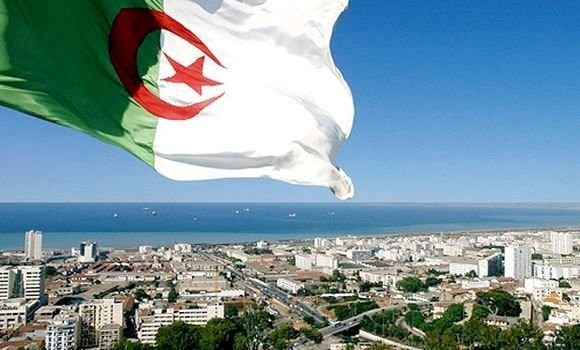 ALGIERS – Saturday, 16 July 2022 (APS) – Since its independence 60 years ago, Algeria, through strong and committed diplomacy, has established itself as a credible voice, listened to and sought after on the international scene, and has never ceased to develop its actions in favor of peace and liberation of colonized peoples.

Admitted to the UN membership in October 1962, Algeria committed to working for peaceful cooperation between all countries on the basis of mutual respect.

It has established diplomatic relations with almost every country in the world and its contribution has never been lacking when dealing with complex situations that required both courage and discernment.

Diplomacy at the service of peace

In the 1960-1970s, Algeria was called the “Mecca of revolutionaries” for its unwavering and unconditional support to just causes, a principle that it draws from the “Declaration of 1 November”, which provides for “the liberation and self-determination of peoples” as well as “total independence and national unity”.

The full support that Algeria has provided since 1962 to the just causes and liberation movements of the colonized countries is an asset for its international position.

Thanks to the decolonization movement, particularly in Algeria, the UN General Assembly had enshrined the right of colonized peoples to independence.

Moreover, Algerian diplomacy has distinguished itself throughout history by the constancy of its positions and actions, deserving a leading role in the resolution of international and regional crises and conflicts

Algeria’s doctrine relies on a number of foundations and principles, such as non-interference in the internal affairs of countries, making the country a vector of peace and stability.

The President of the Republic, Abdelmadjid Tebboune, met on July 5 in Algiers, with Palestine’s President Mahmoud Abbas and the head of the political bureau of the Hamas movement, Ismail Haniyeh, on the sidelines of their participation in the festivities marking the 60th anniversary of Independence, a historic meeting after years of tension.

This initiative is part of the constant and honorable position of Algeria, which has never ceased to support the Palestinian cause officially, and the right of the Palestinian people to build their independent state on the 1967 borders with Al-Quds as its capital.

Since the outbreak of the Libyan crisis in 2011 and through intense diplomatic activity, Algeria has advocated dialogue, rejected foreign intervention in this country with which it shares a long border, and especially warned against the risk of extending the conflict to the entire Sahel region.

Regarding the crisis in Yemen, Algeria has always urged dialogue between the Yemeni parties while recalling the principles of its foreign policy, based on non-interference in the internal affairs of States and the rejection of foreign interference.

Algeria applied the same diplomatic doctrine to the old Malian conflict until reaching it reached a “historic agreement” between the various parties to the conflict in this other border country in March 2015.

On its borders, in Western Sahara, Algeria has always favored dialogue between the two sides to the conflict (Morocco and the Polisario Front) for the organization of a referendum to enable the Sahrawi people to exercise their right to self-determination, in accordance with the international law and the relevant United Nations resolutions. The Iraq-Iran war (1980-1988) pushed Algeria to make huge efforts to restore peace to the point of losing, in a plane crash in this region, its Foreign minister, late Mohamed Seddik Benyahia, who was leading a delegation of many members for a good offices mission between the two belligerents.

The release in 1980 of 52 American hostages, detained for over a year in Teheran, thanks to the Algerian mediation, followed by Algiers Agreements between the United States and Iran on this issue, was symbolic of the present and future role of Algeria in this long armed conflict.

Algeria’s diplomatic action, based on an internal culture of peace and reconciliation, was also present in the territorial conflict between Eretria and Ethiopia, by contributing to the conclusion of the peace agreement between the two countries in 2000.

The diplomacy of the new Algeria continued its role as a mediator, notably in 2021 through its contribution to the resolution of several Arab and African crises, notably in Libya and Mali.

The Algerian diplomacy has imposed itself as an unquestionable reality under the leadership of President of the Republic Abdelmadjid Tebboune.

As regards the Libyan issue, the Algerian diplomacy has reiterated several times its position in favor of a political settlement to the crisis in this neighboring country, through the inter-Libyan dialogue and its refusal of any foreign interference.

In Mali, where it plays the role of the leader of the international mediation, Algeria has always called to speed up the implementation of the Agreement for Peace and Reconciliation, stemming from Algiers Process (concluded in 2015) in order to achieve a lasting stability in this country.

Algeria has contributed to the collective efforts aimed at settling the disagreement opposing Egypt and Sudan to Ethiopia on the Renaissance Dam built by Addis Ababa along the Blue Nile.

In addition to its role in mediations, the new policy adopted by the Algerian diplomacy is fully in line with the priorities identified by the Government’s action plan for the implementation of the programme of President of the Republic.

In this regard, President Tebboune decided to create seven posts of special envoys in charge of leading Algeria’s international action.