Algeria’s commitment to fighting against climate change highlighted in Athens 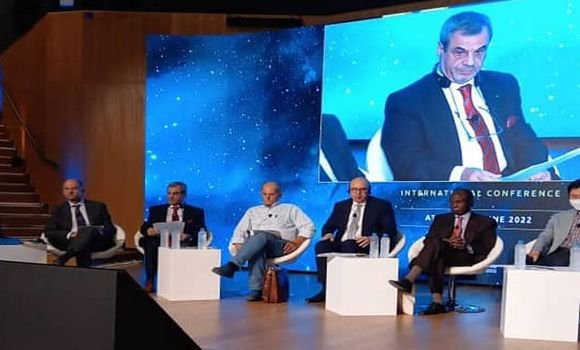 Bouchenak stressed in his speech at this conference organized by Greece’s Economic and Social Council and placed under the theme: “Climate Crisis and Social Dialogue for a Sustainable Transition” that “Algeria’s contribution to the issue of climate change is underscored in the Government’s Action Plan which has placed energy transition at the heart of the country’s development policies.”

The set of governmental and sectoral measures, programs, strategies and plans involving all key sectors including civil society is another proof of Algeria’s commitment to this issue, he added

The CNESE president underlined “the climate policy” adopted by Algeria in terms of mitigation and adaptation to the effects of climate change, and referred, in this regard, to the National Climate Plan, and the Intended Nationally Determined Contribution.

These policies represent “a strong political signal of Algeria’s commitment to the fight against climate change,” he continued.

The same source also highlighted the role of social dialogue “in improving governance in the conceptualization and implementation of climate and environmental policies for sustainable development.”